Arkansas State University called an audible and decided to reverse its decision to ban commemorative crosses that football players had placed on their helmets to honor two fallen teammates.

The team had been ordered to remove or modify the stickers of the small cross, in honor of former player Markel Owens and former team equipment manager Barry Weyer, at the following complaints that the cross violated the establishment clause of the US Constitution.

“It is the university’s position that any player who wishes to voluntarily place an NCAA-compliant sticker on their helmet to commemorate individuals will be able to do so,” the university said in a letter.

Liberty Institute, a law firm specializing in religious freedom issues, had given the university until Wednesday to reverse its decision or face a possible trial. They represented one of the ASU football players.

“This is a big win for the players at Arkansas State University,” said Hiram Sasser, director of legal counsel for the Liberty Institute. University officials and the Arkansas Attorney General did what it took to restore players’ religious freedom and free speech rights to have the original sticker design crossed if they wish and we congratulate them for doing so. “

However, (and that’s a big one though) the university maintains it had a solid reason for banning crosses in the first place. They denied that they violated anyone’s constitutional rights.

The decals on the helmets “were not student speeches,” wrote ASU legal counsel Lucinda McDaniel in a letter to Sasser. “On the contrary, the decals were the speech of the government.”

The crosses angered a lawyer in Jonesboro, Arkansas, as well as the Freedom From Religion Foundation, an atheist group based in Wisconsin.

“The crosses seemed to confer state approval on religion, especially Christianity,” the FFRF wrote. “The inclusion of the Latin cross on helmets also excludes the 19% of the American population who are not religious.”

The team had worn the cross decals for two football matches – without any complaints. And to the best of my recollection, the decals didn’t spark a Billy Graham revival reunion and fans didn’t bombard the pitch during half-time seeking to be baptized.

To make matters worse, the perpetually offended FFRF co-chairs Annie Lauire Gaylor and Dan Barker went so far as to suggest other means of mourning footballers.

“Many teams across the country honor former teammates by putting that player’s number on their helmets or shirts, or by wearing a black armband,” they wrote in a letter to the University. “Either of these options, or some other symbolic gesture without religious imagery, would be appropriate.”

Fearing a possible lawsuit, McDaniel suggested that the cross be changed to a makeshift mathematical plus (+) sign – because apparently nothing says “In Memoriam” like applied mathematics.

The Liberty Institute claimed the cross memorial was perfectly legal and was designed by students. However, ASU said the design was actually created by the head coach. The memorial was jointly approved by members of the team’s board of directors as well as members of the coaching staff – and paid for with public funds.

And here’s the biggest problem: The coaching staff did all of this without consulting the university’s legal department.

“When this was brought to the attention of administrative and legal officials at ASU, the decals were altered to form a single horizontal bar that continues to bear the initials of former students,” McDaniel wrote. “This was done, of course, to avoid the problems of the establishment clause.”

In the university’s opinion, the commemorative stickers were “officially sponsored”.

“At no time was our intention to limit the freedom of speech of our student-athletes,” McDaniel wrote. “The university strongly believes in the right of our students to freely express their beliefs.”

Sasser concedes that the coaching staff screwed up. Nonetheless, it is fortunate that ASU is letting players honor their fallen teammates.

“The right solution is for Arkansas State University to get out of the way and let the players place the stickers on the helmets if they wish,” he told me.

How sad, however, that we live in a country where it is illegal for a college football coach to design a memorial that includes a religious icon.

To wrap up in Jonesboro, Arkansas – the kids could have the stickers affixed to their helmets by the time Saturday’s game. And the university has made it clear that not a single penny of public money will be used to fund the memorial.

“The display of these stickers will be completely voluntary and completely independent of the involvement of the university,” McDaniel wrote. “The university will not procure the stickers, buy them or put them on the helmets.”

What about a bucket of Grade A legal jargon?

While they’re at it, maybe they can get a spine and put it on some of these intellectual egg heads. 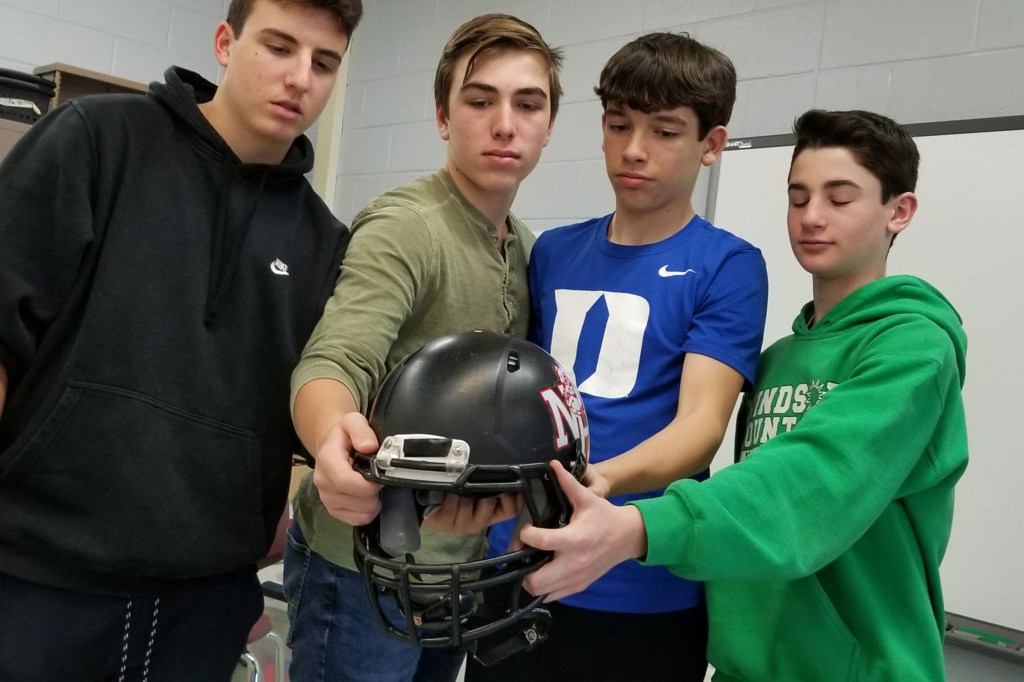